A history of road creation

Few of us consider the creation of roads that we drive on each day, but the concept of road creation was originally developed as far back as the Stone Age. So how did the simple trails lead to the roads that we have now?

The earliest engineered roads were developed in the British Iron Age, dating back to the 1st century BC. These were used by humans and beasts of burden. One such historical road was discovered near Shrewsbury measuring 1.5 metres high and six metres wide. This road was found to contain brushwood, a deep clay foundation and cobbles taken from the river Severn.

British roads were then improved during the Roman occupation in 43-410 AD, connecting London to various ports such as Chichester and Colchester for the purpose of invasion. There is an estimated 2,000 miles of Roman roads in Britain

The primary function of Roman roads was to allow for the movement of military troops and supplies, although they were also used for trade and the transportation of goods. These Roman roads were paved and could carry heavy goods in all weathers.

The roads were created using two layers: a foundation of medium and large stones were used, then a compacted mixture of smaller flint and gravel was added.

During the Medieval Ages the rivers were the main system of transportation, and roads were developed to supplement this.

Control over the roads was legislated for the first time under the Highways Act 1555, this meant the introduction of rates to use the roads in the 17th century, known as turnpike roads. These rates were then used to maintain and develop more roads around the UK.

As road traffic began to increase, the rate of deterioration of the roads increased, so in order to fund maintenance the Road Fund was invented in 1920. This worked as motoring taxation duty which provided funding to improve the roads.

In 1958, the first motorway was opened as the Preston Bypass, now part of the M6 motorway, with more motorways opening into the 1980s.

So with UK road traffic increased by 25% in 15 years, its important our roads need to be treated with care… 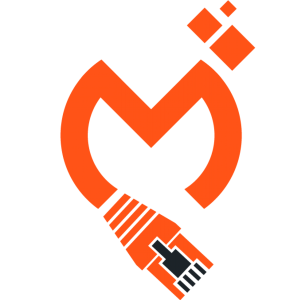 Our company was established in Leicestershire in 1946 and has traded continuously since then as a specialist road surfacing contractor.

Any cookies that may not be particularly necessary for the website to function and is used specifically to collect user personal data via analytics, ads, other embedded contents are termed as non-necessary cookies. It is mandatory to procure user consent prior to running these cookies on your website.